A public memory project carried out in Budapest, Hungary, in 2014, designed to educate and inform both Budapestians and a wider public about the forced relocation of Hungarian Jews and internationals into "yellow-star houses" in June 1944.

In 1944, 1 out of 3 people living in Budapest were of Jewish descent. This forced relocation was the result of a decree issued by the mayor of Budapest, not by the Nazi forces that were also present in the city. Although practically every Budapestian knows the location and short history of the Budapest Ghetto, the Yellow Star Houses have been almost entirely forgotten. It is therefore an important intervention into the battle over historical memory currently underway in Hungarian national politics surrounding World War II: this is a indisputably story of what the Hungarian government did to its own people.

The project began with a virtual mapping of the Yellow Star Houses on a website. Stickers were then placed on the doors of these houses in Budapest, inviting people to visit the website and learn more about this forgotten history. Over the next several months, personal testimonies and other reactions to the events accumulated there, mostly by people who had lived in those houses. On June 21, 2014, during the annual Budapest "Night of the Museums," there was a city-wide memorialization of the 70th anniversary of the deportations/collectivization. Organized in a grass-roots manner via the website and PR department of a not-for-profit institution, hundreds of individual events took place all over the city, at the houses themselves, on public tours, and at a wide range of cultural institutions. The project will culminate with an exhibit about the Budapest Ghetto in December 2014.

Included in this item are:

1) map and schedule of events; 2) screenshots of website; 3) websites

http://www.yellowstarhouses.org/
Video about the Yellow Star Houses Project produced by students in the Ohio State University Global May Hungary study abroad program, May 2014 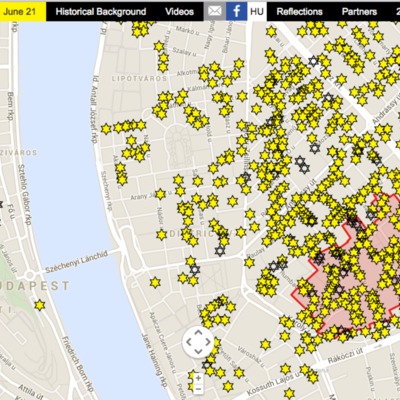 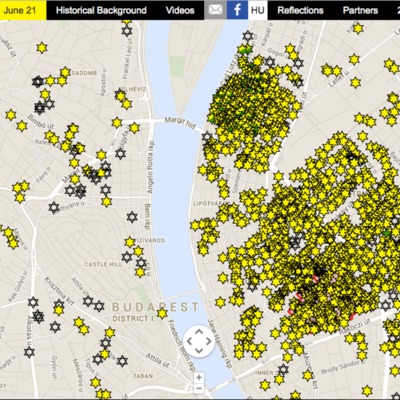 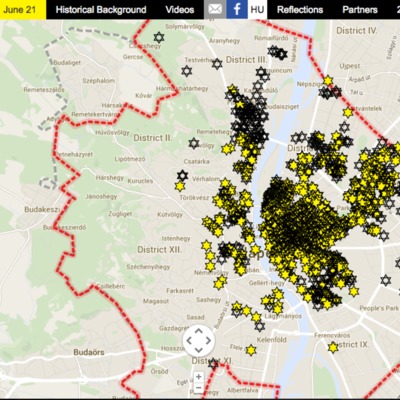