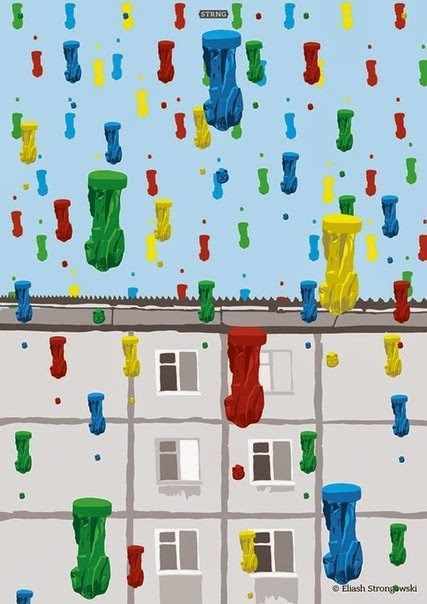 The breakup of the Soviet Union and the fall of communism resulted in the demolition of a great number of monuments to the leaders associated with the regime. Those who had once promised to build a bright future for their people were suddenly banished to the past. As if to inaugurate a new, different future, as if to punish the statues for the misdeeds of those whom they were once meant to memorialize, throughout Eastern Europe, people engaged in a symbolic gesture of toppling the monuments, sometimes vilently.

Since the end of 2013, in Ukraine, it has been raining Lenins.

The Lenin-o-fall gained momentum during Euromaidan, but it continues. Lenins still fall in Ukraine, although some are also saved, and some are planned to be re-erected.

How is this second wave of "de-memorialization" different from the first? Or is it? How does it relate to the original memorialization?

What is the significance of the absence, the very presence of which is emphasized by the vacated pedestals?

How do these "gaps" affect the public space?

And is the process of dis-membering a manifestation of the process of cultural "cleansing," forgetting? or of re-membering (what St.Clair and Williams call "the new-present," the past that is "restructured, redefined, or reinvented")?

How do we read the phenomenon of Leninopad and the absences it has left in its wake?

These are some of the questions that we were interested in exploring through a series of mappings.

Leninopad in Ukraine - from the Russian perspective [video]

Leninopad in Ukraine - from the Russian perspective 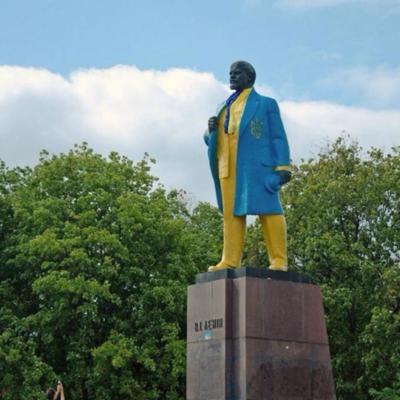 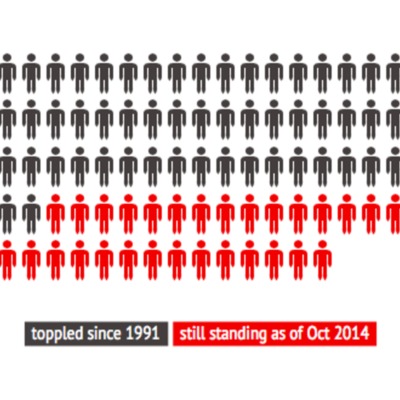