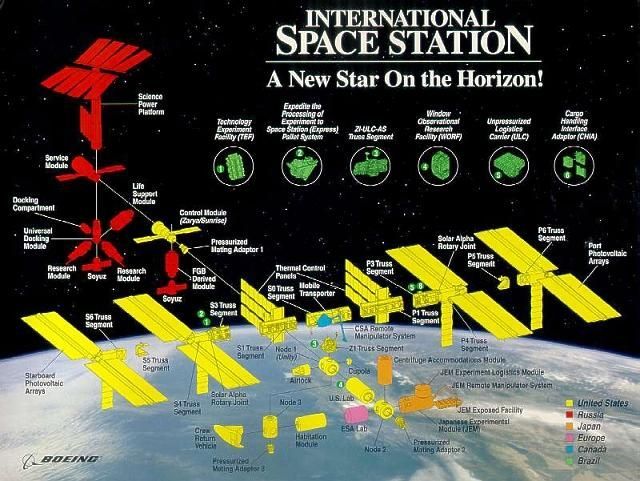 Scheme of the International Space Station.

The International Space Station is the Earth’s only inhabited satellite. Comprised of modules produced and launched by different countries it is a conglomerate and a reshuffling of territories and sovereignties. It is a representation, and a quite persuasive materialization of a utopian vision of the united humanity.  However, ungrounded, detached from the Earth, off limits to the majority of the planet’s inhabitants, it is still only a simulation of a utopian possibility, and a territory that still carries the terrestrial divisions into the outer space. Grounding Utopias explores the relational space between an idea and its materialization.