From its inception in 1933 until the construction ended around 1941, the Reichsautobahn had been creating a particular space: that of a generic all-German Heimat. The Heimatpotenzial is an imaginary and speculative measure of that space. It is derived from quantified data of the three similitudes: the trajectories (Reichsautobahn network), the points (car ownership), and the fields (landscape and its features). The animatd map follows the development of the highway network, and the accumulation of the Heimatpotenzial.

On 23 September 1933 the construction of the Reichsautobahn started south of Frankfurt. Hitler himself took a shovel to make the first dig. The planned pace was to construct around 800 miles of highways every year,  for the overall projected length of the network of 4000 miles. 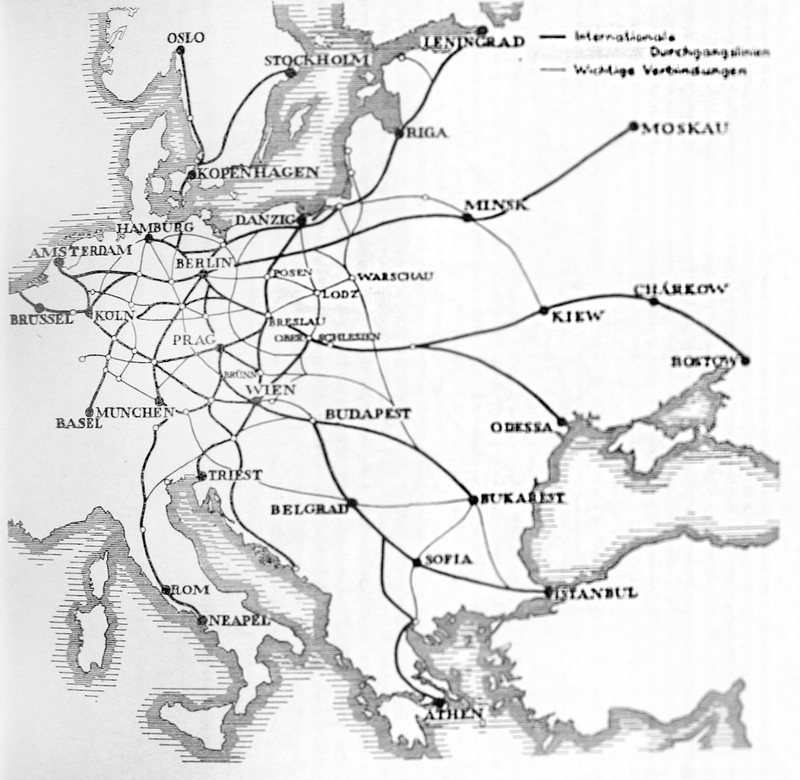 Published in "Raumforschung und Raumordnung" - the monthly journal of the Reich's Society for Spatial Science, and the prestige venue for exhibiting the Reich's plans for the "East" - this sketch shows the proposed extension of the Reichsautobahn network into Central and Eastern Europe. The network was to stretch to Saint Petersburg and Moscow, to the Black See, to Istanbul, and all throughout the Balkan Peninsula to Athens. The network was to facilitate the German expansion to the new Eastern Lebensraum, making the Reichsautobahn an active agent of colonization.