Each of these three spatial phenomena - the trajectory, the point, the field - represent one similitude of the experience of Heimat-space.

The trajectory is the geometry of the road:  the winding character of the newly developed Reichsautobahn that actually re-construes a familiar experience of negotiating an intimately known landscape (of Heimat)—such as e.g. hiking, the most popular national pastime—and transposes it onto a space of different scale, speed and breadth.The road triggers both the visual experience of passing through a landscape, and also a familiar bodily sensation of movement. On these winding trajectories, the experience of landscape is, I argue, similar to the known experience of the Heimat.

The point is the car with the driver: domesticated and interiorized. Domesticity and intimacy are intrinsic characteristics of the Heimat. Atomized conjunctures of drivers and domesticated cars that dwell on the winding trajectories of the new highways are truly a “referential totality” of the Reichsautobahn’s system of circulation. And although unmistakably modern, that new totality emanates from the values of the Heimat.

The field is the carefully controlled and staged environment of the highway, to be experienced when not driving, either just by strolling through it or by performing any activity they would have otherwise enjoyed in the safety of their Heimat environment. Furthermore, this field stretched beyond the immediate physical surrounding of the road, as it expanded over the landscape to create almost a picturesque phantasy, perceivable not only through movement, but also through the actual (stationary) dwelling. 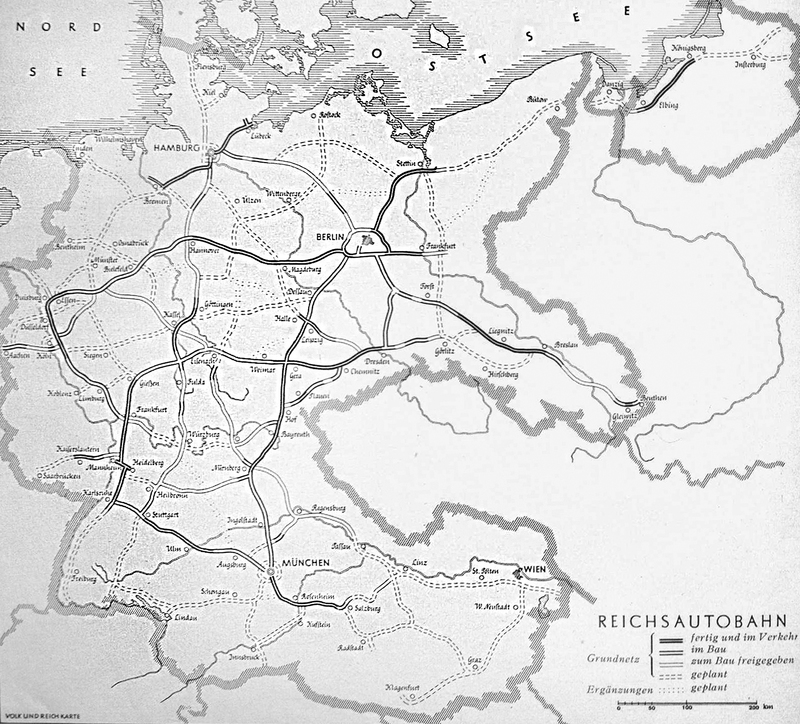 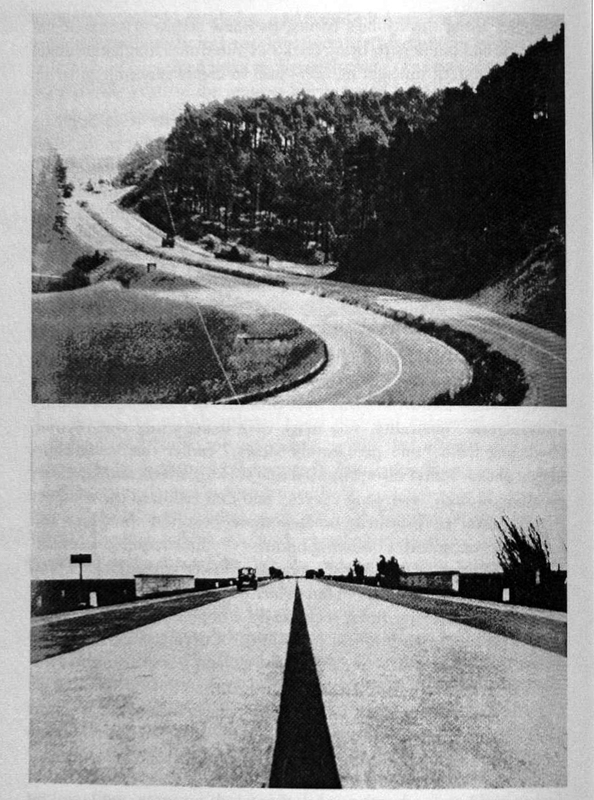 Planned at a construction pace of a thousand kilometers per year, the Reichsautobahn—or Straßen Adolf Hitlers—was to crisscross all of the Reich’s territory. Combined with intense motorization—exemplified in the concept of the Volkswagen, the national car—the new arteries of the Nazi state would transform the German society into a “Motorized Volksgemeinschaft.” The character of the new Reichsautobahn was seemingly distinct from that of the regular road. Regular roads were laid as reinforced lines of the landscape that would favor not only the circulation of several different kind of human or animal powered devices—as such forming a democratic realm of circulation—but also performed as sites of social, cultural, economic, and even recreational activities. Autobahn, on the other hand was seemingly only an conduit of high-speed locomotion. However, the Reichsautobahn was, quite conversely, a space that married all the modern attributes of speed an connectivity with the features of traditional roads: it was by itself a space of social, cultural, economic and recreational activities.

The intense dynamic between the engineers and the “landscape advocates” involved in the Reichsautobahn design  is best illustrated in the debate on how the highways should be laid upon landscape. The engineers, following the logic of the railway, opted for laying the highway as a straight line, intermitted with a minimal number of short curves, irrespective of the vistas, landscape features or of the experience of the environment that the road creates.

On the other side, the “landscape advocates” had a different vision, more in tune with the environmentalist and Heimatschutz discourse. They proposed to lead the highway as a constant sinuous curve that would be defined precisely by the vistas and the landscape features, not always taking the shortest, safest, or the most economically sound route. The straight versus the sinuous became the subject of heated debates, with the sinuous winning in the end, at least on paper and in Reich’s intense propaganda of the project. 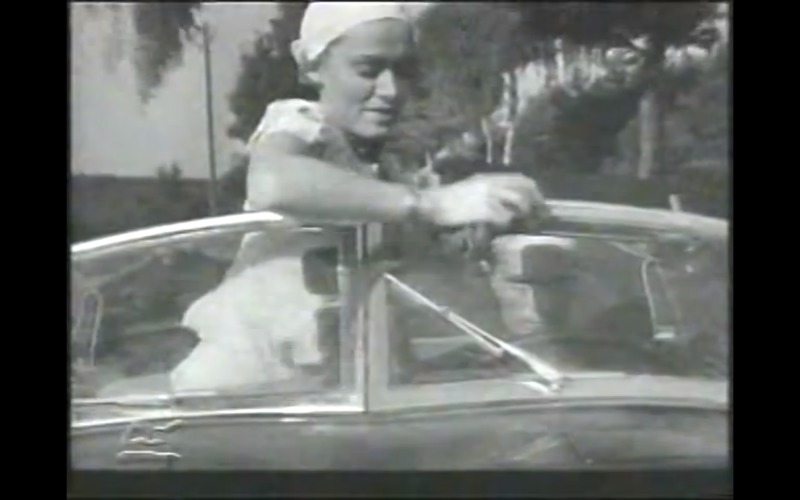 "The automobile developed analogously to the bourgeois home, becoming a site for ‘dwelling within the car’ rather than ‘dwelling on the road’. [...] technical, safety and design increments added up to a cumulative change that was nothing short of revolutionary when considered in terms of its social consequences."

The Reichsautobahn was conceived as much more than an artery of movement: although intended for the exclusive use of the automobiles, its character and the space it created was to embody everything that one could find on the regular road - from social, economic, cultural or recreational activities. Or what is even more important, all the functions that one's Heimat would offer.