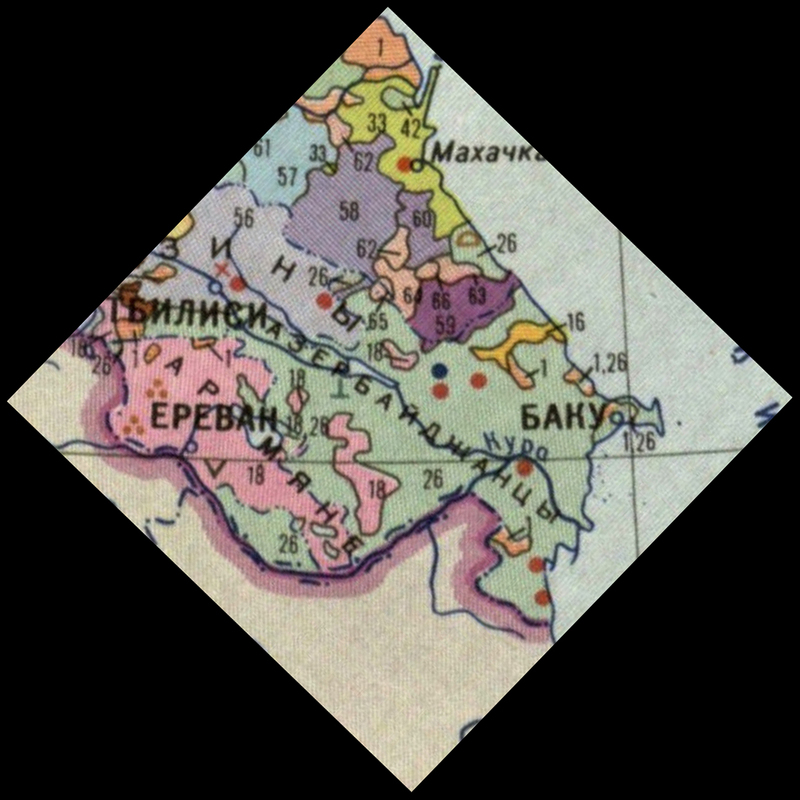 This map from a 1983 Soviet atlas depicts the Talysh as completely assimilated into the Azerbaijani nation; there is no Talysh zone in southeastern Azerbaijan in this map. This is significant for several reasons. First, ethnographers were encouraged to view representations such as this as real portrayals of Soviet ethnohistorical advancements. Second, officially assimilated minorities such as the Talysh viewed these popularly reproduced maps and came to the conclusion that they must be Azerbaijani if maps like this did not depcit the Talysh as a separate people. This line of thinking significantly advanced Soviet assimilatory efforts.