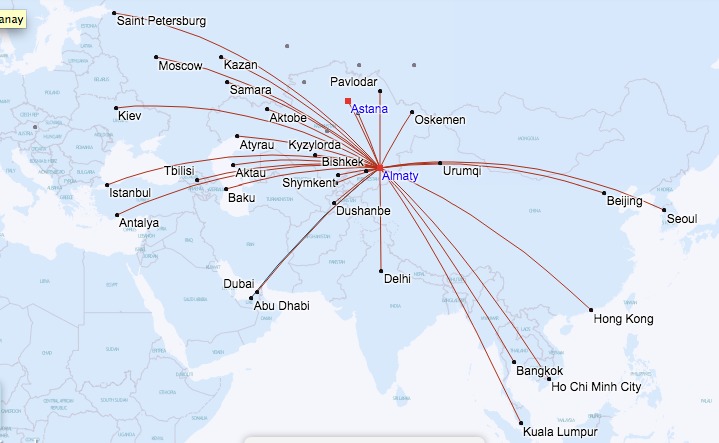 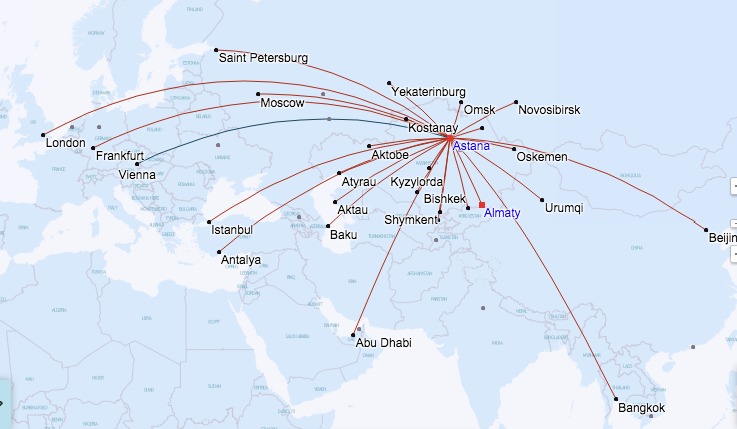 Air routes, by contrast, can be established relatively quickly. After the collapse of the Soviet Union in Central Asia, each of the five countries set up a flag carrier with several international destinations. What makes air infrastructure interesting is that although relatively little is needed on the ground to establish a flight route, flying is expensive and so a critical mass of passengers is required for the venture to be worthwhile. Because of and in spite of this, the destinations they choose to fly to speak to the economic, political, and cultural orientations of the five newly independent states, both taken individually and as an aggregate.

Air Astana, Kazakhstan's national airline, is one of two, along with Uzbekistan Airways, with international IATA certification. Both of these airlines represent the wealthier Central Asian nations, and, especially for Kazakhstan, those who have devoted serious time and money to forging international legitimacy outside of air travel. Notice too how Air Astana has the most robust two hub system in place: domestically, Almaty is still of prime social/cultural importance and is the main hub city for transit, but the manufactured capital of Astana is steadily gaining influence (note the name of the air carrier). And flights to vacation spots like Antalya and Bangkok speak to the country's emergent middle class.