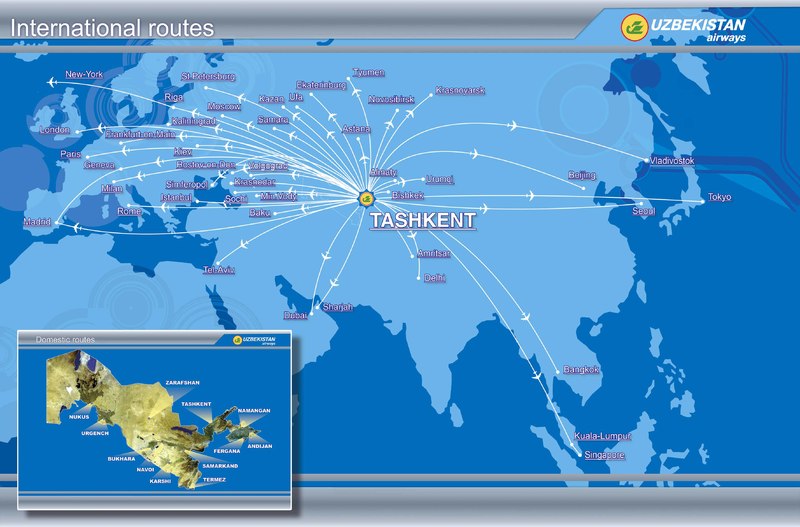 One noticeable trend is that ethnic ties are visible among the many connections between Central Asia and Turkic centers of the ex-USSR like Ufa, Kazan, Baku, and Simferopol, as well as external Turkic centers like Urumqi and Istanbul. It is also worth noting that New York and Tel-Aviv are destinations for Uzbekistan Airways and locations of large diaspora populations. One can make the argument that demand for flights is not always domestic, either. Diaspora populations can influence flights in either direction, but economic ties are also important. A destination like Seoul could be indicative of an interest in servicing the Korean-Uzbekistani population, but such a flight is more likely driven by significant South Korean investment in Central Asia. In this way, the route has cultural benefits but an economic driver.