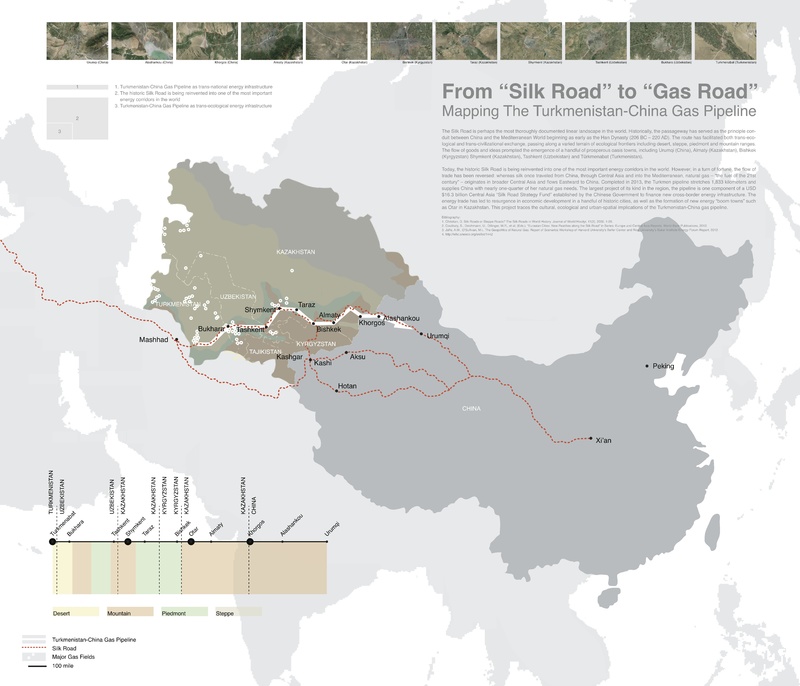 This map will be updated continuously after the research team arrives in Ürümqi, China, on July 10, 2015 to begin fieldwork on the project. The map will function as an interactive portal where the research team will catlogue observations, interviews, video, images and drawings in real-time during the fieldwork component of the project. All uploads will be geo-referenced and included in the map at the link above. Upon returning to Harvard at the end of the summer, the research team will continue to update this online exhibition as well as organize material collected into a short documentary that explores some of the landscape implications of Central Asia's energy boom. Particular emphasis will be given to the ecological implications of new cross-border energy infrastructure, emerging urban patterns such as increased real estate speculation along the path of the pipeline, and the particular route and physical reality of the pipeline itself.

Please visit this page after July 10 for daily updates from the field!

← REGIONS AND BORDER-SCAPES
DOCUMENTING THE LANDSCAPE