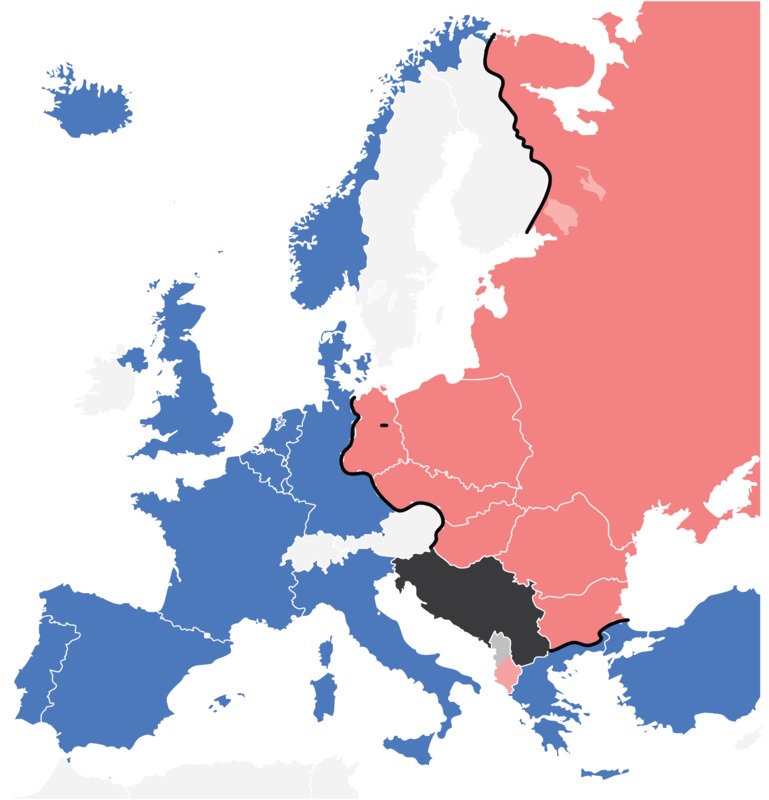 The Iron Curtain is well known, and it certainly featured prominently in the mental imaginary of the American relief workers, whose daily lives revolved around, even if it did not address, issue of the political divide. Namely, US and the USSR formed diametrically opposed spheres of influence, of which Poland was a much contested site. Being liberated by the Red Army, with the recognition of a largely Communist Polish government (instead of the Government-in-Exile), Poland was viewed as enveloped in red. That determined the kinds of suffering that the workers expected to see, perpetrated first by Germans then by the Russians, but also the kinds of collaborative work that could be done, where Communist Poles were collaborative partners because they wanted to rebuild the country, as opposed the London Poles for whom return was not an option and at times interferred with Repatriation. There was no simple way to divide who was helpful and who wasn't along party lines, especially as this was the view of a specific team of 4, among which only one was American. Nevertheless, the tide of Communism meant that, in order to deliver aid, particular strategies of avoidance, understanding, and exchange had to be employed.