Turn of the Century: Resources, Resources 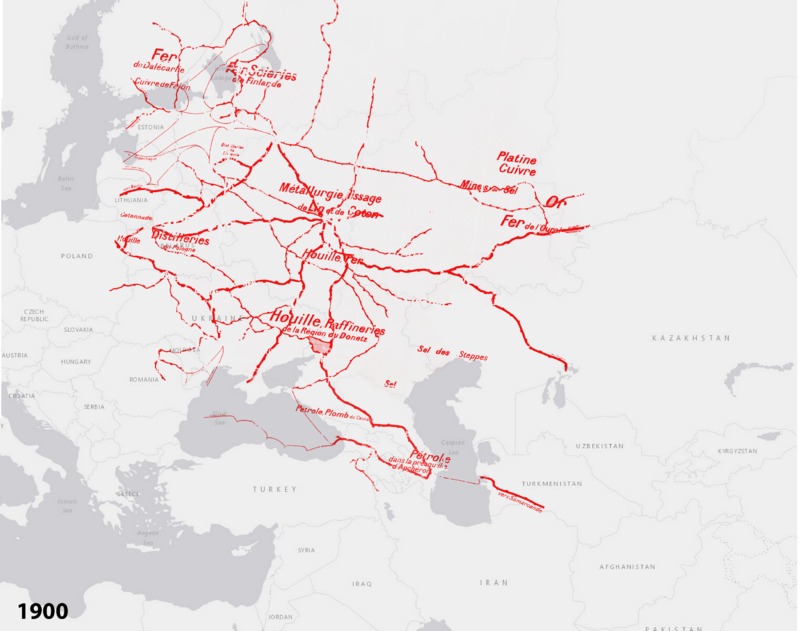 Text is in French.

Technologies and development at the turn of the century increased the demand for connectivities and moving resources to where it is needed. The Caspian remains a backdrop to the expanding and increasing connectivities. 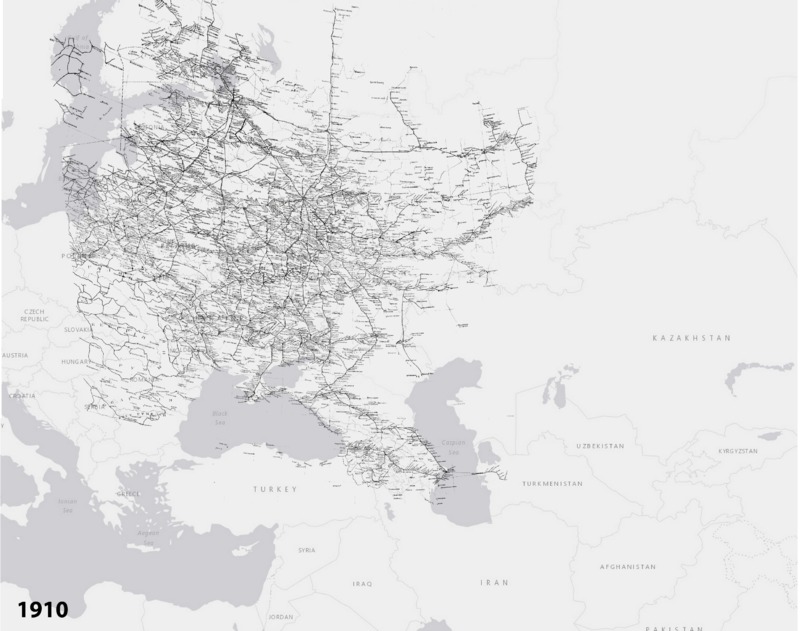 Railroads in the Russian Emipire, 1910.

With the demand to move more and more resources, the Russian Railway Network grew and expanded and intensified. This Russian Map does indeed shows the division between the Russian Empire and the othe countried. The connetivity to the Caucuses and to the Black Sea is evident. 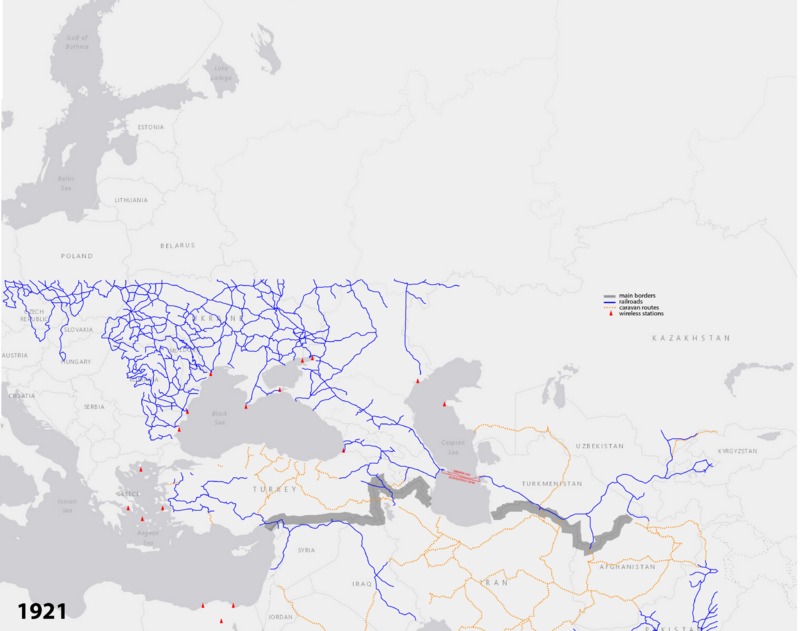 The connectivities of the Caspian asa divide bewteen the North and the South, 1921.

This map which shows both the 'North' and 'South' areas of the Caspian Seas and the connectivities become evident. The Caspian Sea is not just a sea here but it also illustrates the division and differences between the technologies, modes of transportation, routes and nodes of connectivity post WWI.