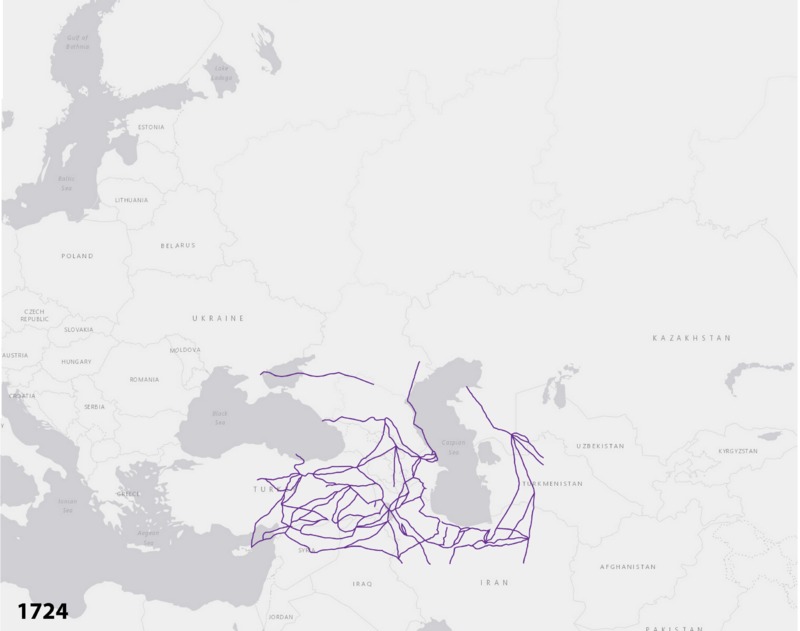 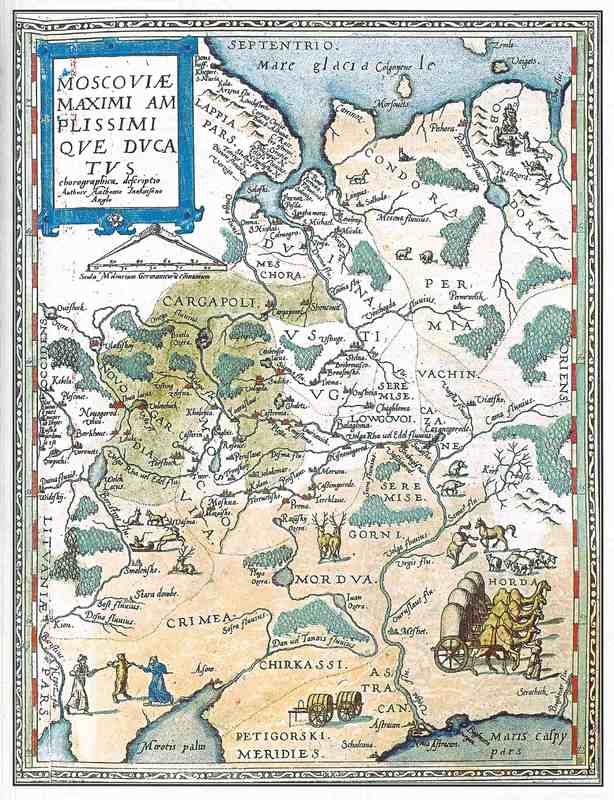 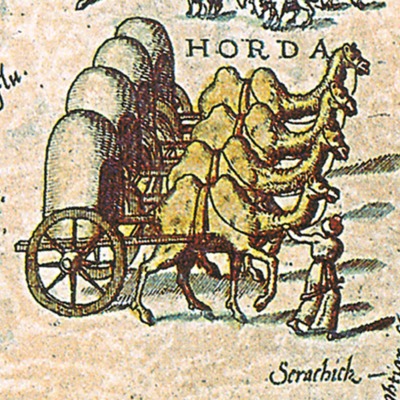 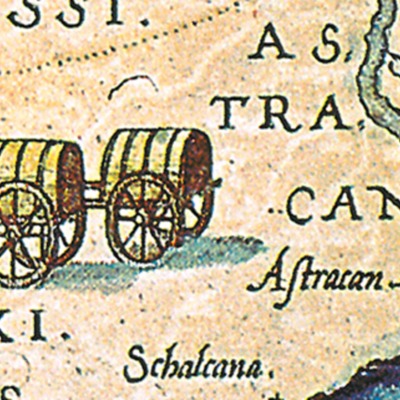 The Caspian Sea has been featured in a number of maps from the sixteenth and seventeenth centuries. This map by Jerard de Jode, based on earlier maps and the travel memoir of Anthony Jenkinson (1593) is an iconic depiction depicting Muscovy that seems to suggest the state, as it is defined by its territorial extent, is characterized by forests, rivers and wild animals. Is it noteworthy that the steppe just north of the Caspian Sea features a camel-drawn caravan?  Or that the southern Volga and Astrakhan feature wagons? 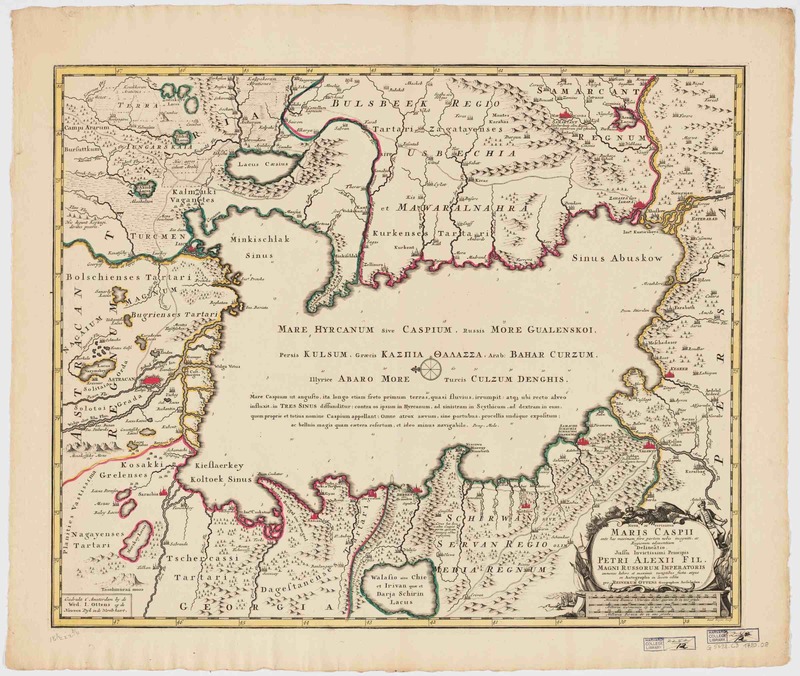 By the eighteenth century European cartographers were increasingly interested in producing accurate maps of the region based on astronomical observations and survey techniques, older approaches to imagining the region remained. This map by Reiner Ottens shifts the orientation of the map, Astrakhan is at the far left and the sea itself it circled by colored coded states and the roads that connect them. 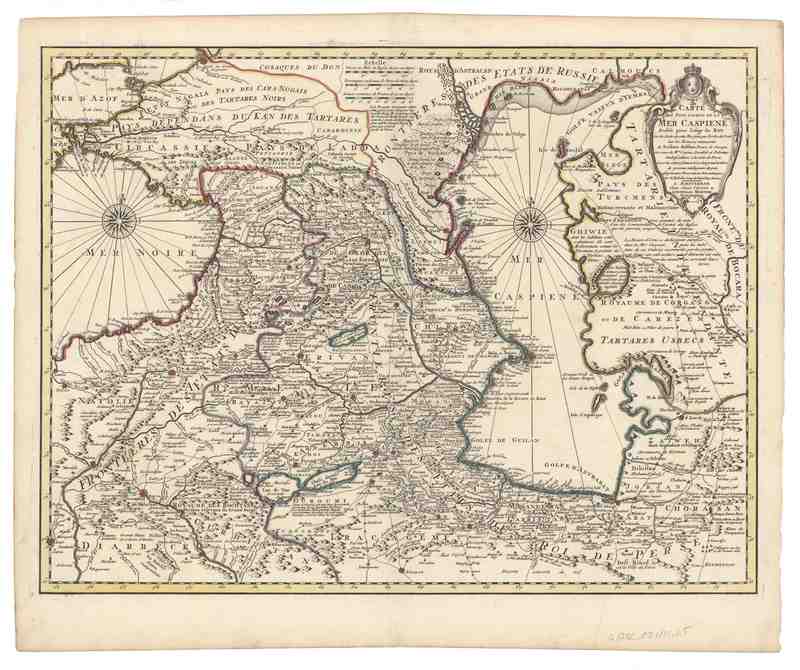 By the middle of the eighteenth century fairly accurate maps were being produced of the region that highlighted trade routes, roads and ways around the Caspian Sea. Delisle's "Map of the Countries of the Caspian" shows the entire Caucasus to be riddled with roads connecting the Caspian to the Black Seas.