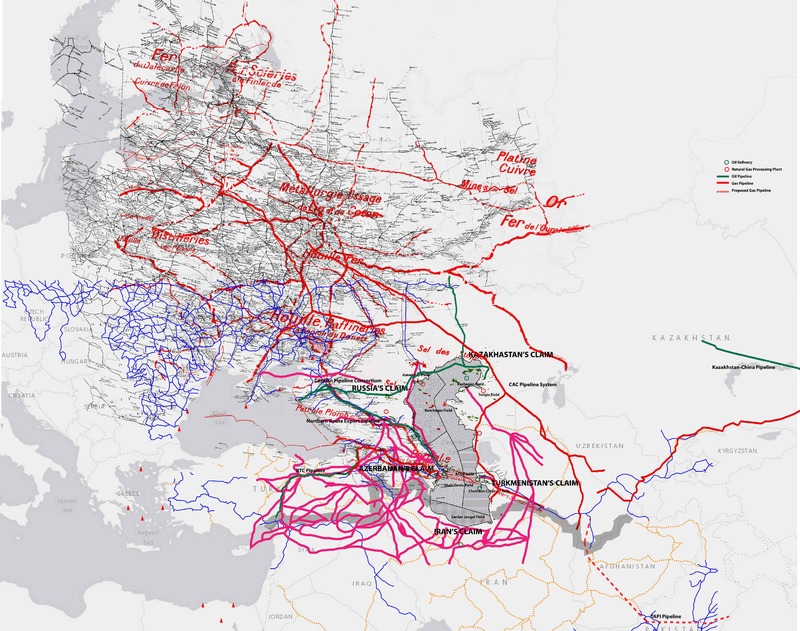 What happens when you take a composite view of the routes and roads that are depicted as courseing along and around the Caspian from the eighteenth century on?

What regions is the Caspian Sea connected to and why what means?

We have overlaid all the various transportation systems mapped onto and around the Caspian Sea in the handful of maps we considered for this project. If pipelines follow eighteenth-century roads, which in turn follow caravan routes, can we say that the Caspian Sea is a place embedded in habits and regimes of movement that surpass technological difference? 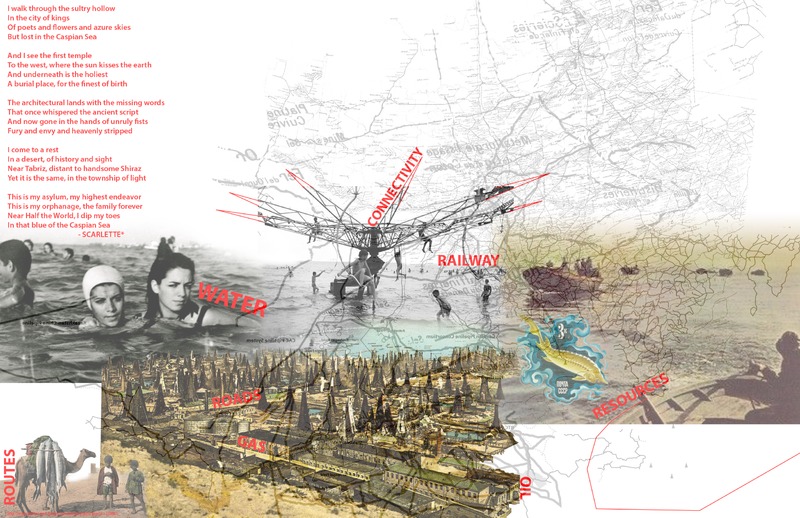 This collage is our way of undertanding the Caspian Sea through the chosen snapshots, the moments that shape it and they way people relate to it.

What are some new ways to imagine the Caspian Sea as a place defined by movement and flow of energy, water, people, trade? Is pastiche a way forward, to capture image and text, juxtapose the past with the present and derive new meaning from the space of this sea?