Where we read about when we read news

Since the Silk Road Economic Belt came out in 2013, it has received great interest domestically and internationally.  And through the lens of media content analysis, I mapped this new imagined Silk Road space, and more importantly, how this imagination varies from the Chinese’s own perspective to reactions from within the region and outside.

In the Xinhua (one of the largest news agencies in China, also a state-owned one) news set,  generally all countries from east to west, north to south are brought about, with the English sources more on South Asian countries and Russian sources on Central Asia and Russian ones one the former Soviet-sphere of countries.

Domestically, Xinjiang on the northwest received unmatched attention in general, while Xi’an of Shaanxi province, as the ancient capital where the Silk Road started, beats Xinjiang for the most limelight in Chinese. A couple of other heartland provinces and Heilongjiang on the farthest northeast also expressed interest in the matter compared to the three traditional Silk Road provinces as seen on the English and Russian maps. To them, the Silk Road is definitely not to be taken literally, but a new strategic opportunity for development from the national level. 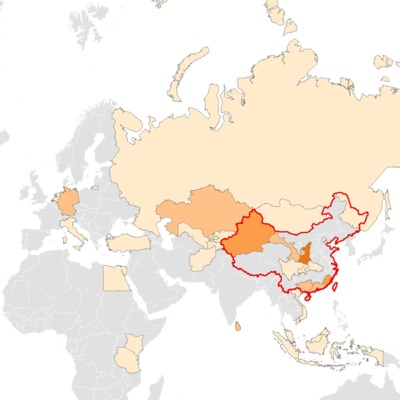 Focusing on the English-speaking world, and when geocoded according to full text instead of just titles, a lot more countries are cited across Eurasia from the LexisNexis database.  Apparently a Chinese imagination of the new Silk Road extends all the way to the Atlantic, while responses from the outside world remain yet its immediate Asian neighbors. 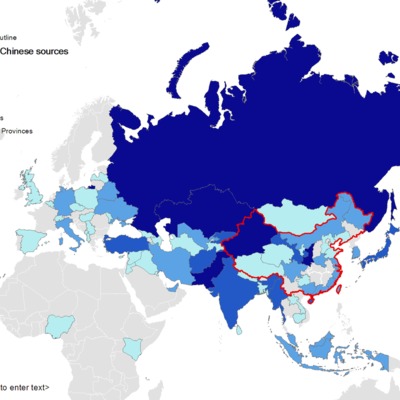 News by Source and country

← The Chinese case
Where is culture here? →
Where we read about when we read news