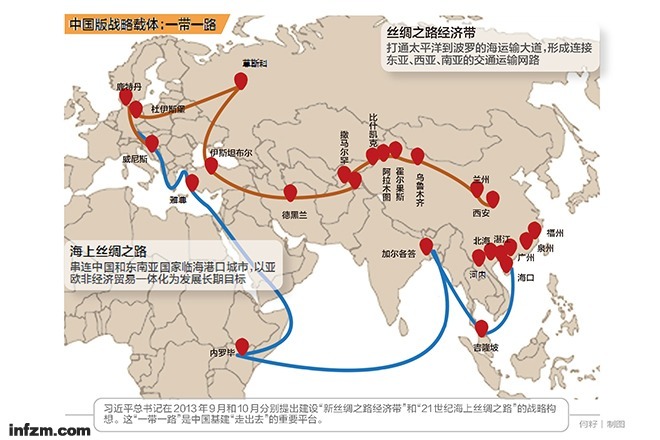 By proposeing the Silk Road Economic Belt and the 21st Century Maritime Silk Road, China have included pretty much all its land and across the sea neighbors for the plan.

China’s case is particularly interesting, being probably the only country today that both shares memories of the caravan routes and possesses the capability to resume their old-time glory. During a speech in Kazakhstan in 2013, Chinese President Xi Jinping suggested that China and Central Asia join hands to build a Silk Road Economic Belt to boost cooperation, which was later initiated as the “Silk Road Economic Belt and 21st Century Maritime Silk Road” .

China is very pragmatic and economic-oriented in its Silk Road approach, like most of the regional strategies in the country. Except for to secure and diversify ways of addressing its ever-growing needs for energy, the two Silk Roads also part of the rising power's larger global investment plan, as a new economic boost, as the domestic market growingly saturated and growth rate levelled.

By laying all Chinese provinces and countries of the region on the same GDP map, I also argue here that the Silk Road Economic Belt has been a domestric strategy just as it is of foreign markets. one actually finds many shared problems and needs across the ancient Silk Road map. The maps below illustrated the great disparity in economic development at China’s provincial level. By bringing the geographic units to a comparable scale, these mappings illustrate how the Northwestern provinces are landlocked and limited in development just as the Stans are. 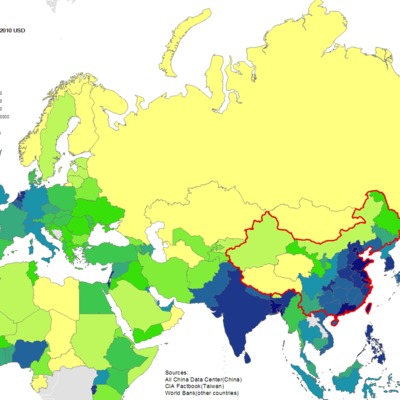