Where is culture here? 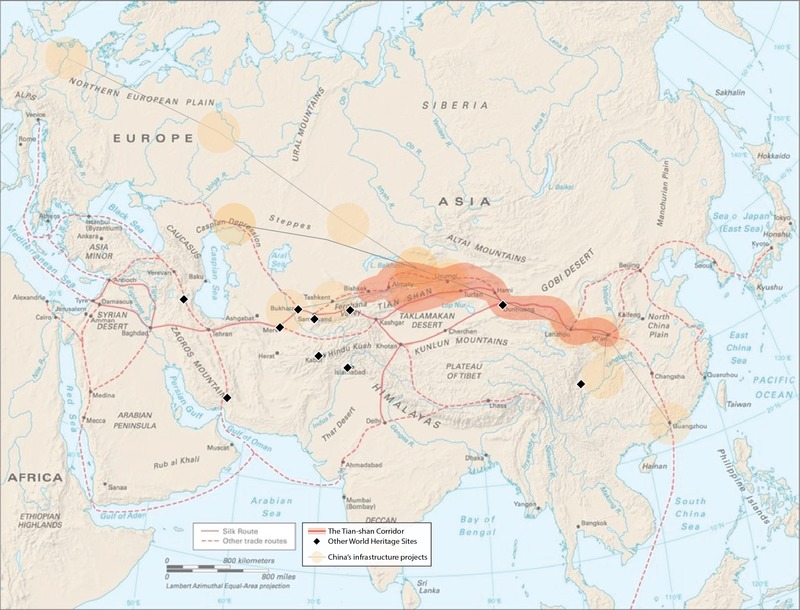 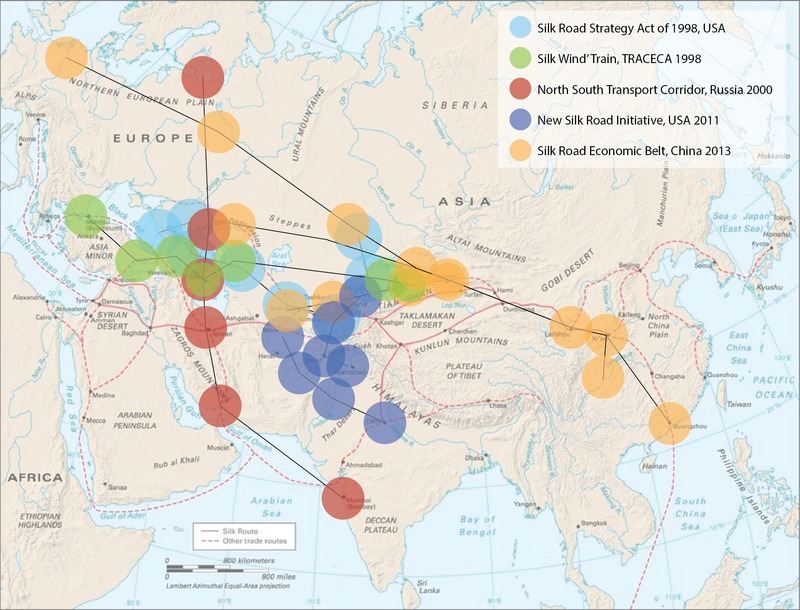 After all, where is the cultural space in all these maps?

The map on the left shows the China, Kazakhstan and Kyrgyzstan transnational World Heritage site: Initial Section of the Silk Roads, the Routes Network of Tian-shan Corridor, perhaps the most cultural space to be found. Yet it was not until I put these two maps side by side, did I realize what's missed out in the year 2014 inscription.

Historically two parallel routes existed on either rim of the Taklamakan Desert while only the northern half is nominated by China, Kazakhstan and Kyrgyzstan jointly. And the farther north route bypassing Urumqi and Bishkek, capitals of today’s Xinjiang Uygur Autonomous Region, China and Kyrgyzstan repectively, were even less frequented by the silk traders in a narrow sense. (In fact, Urumqi was built by Manchu China in the 18th century and Bishkek by Tsarist Russia in the 19th century.) Oops, and they happen to be where new pipelines and railroads are found or proposed too.

The Silk Road has long defined the geographical boundaries and shaped the social political structure for the vast territories that known as China or Central Asia today that the cultural element is everywhere, or sometimes nowhere. As politicians pick up historical anecdotes for speech openings, they could so easily switch between the old and new Silk Roads, and a pure cultural historical Silk Road is no longer to be found.

← Where we read about when we read news
A fashionable nostalgia →
Where is culture here?