Europe and Asia, according to Herodotus 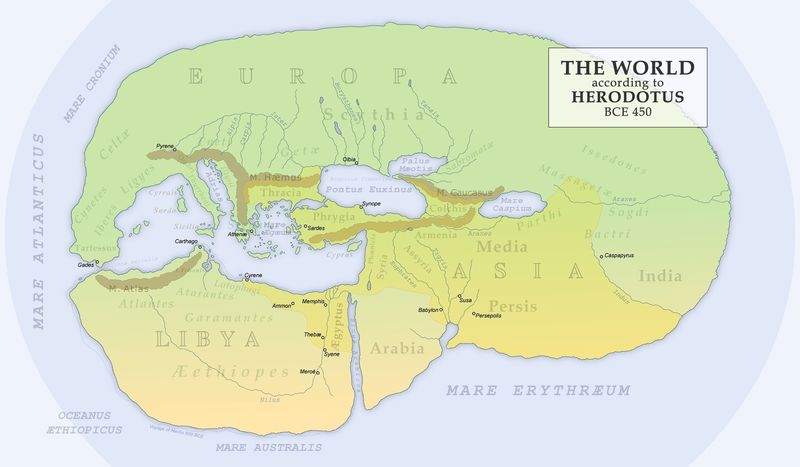 The world as Herodotus saw it.

When Herodotus, writing in the fifth century B.C., described the border between Europe and Asia, he said that even in his time the origin of the border was unknown, and that it didn't reflect the reality experienced by a traveler: “I cannot conceive why three names [Asia, Europe and Africa], and women's names especially, should ever have been given to a tract which is in reality one, nor why the Egyptian Nile and the Colchian Phasis [the modern Don River in Russia] should have been fixed upon for the boundary lines; nor can I even say who gave the three tracts their names, or whence they took the epithets.”

The border has remained more or less the same today (though in Russia it's shifted somewhat to the East). But until relatively recently, few have considered "Asia" or "Europe" as representing anything more than arbitrary lines on a map. By the 19th century, however, identifying the "real" border between Europe and Asia had become a common trope in travel literature.

Where Does The East Begin? →
Europe and Asia, according to Herodotus