The Caucasus as the "East" 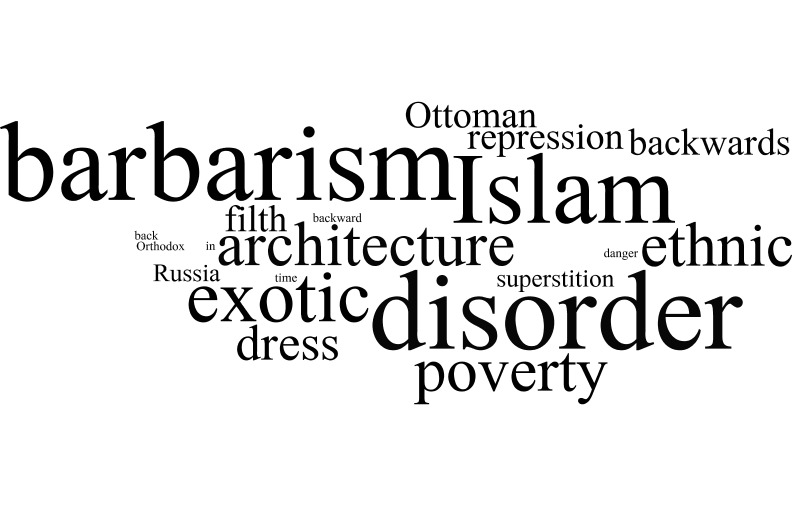 In the Caucasus, ethnic diversity was the most salient feature of the East.

"There are few towns in which are seen persons of so many nations, — Russians, English, French, Germans, Persians, Turks, Tatars, Armenians, Koords, Usbeks, and natives of all parts of the Caucasus. In like manner we here find all the various forms of religion, — Christians of the Romish, Greek, Armenian, and Protestant churches, Mohammedans, Jews of various sects, and even heathens." (Franz August Maria von Haxthausen-Abbenburg, Transcaucasia, 1854)