Where Does The East Begin? 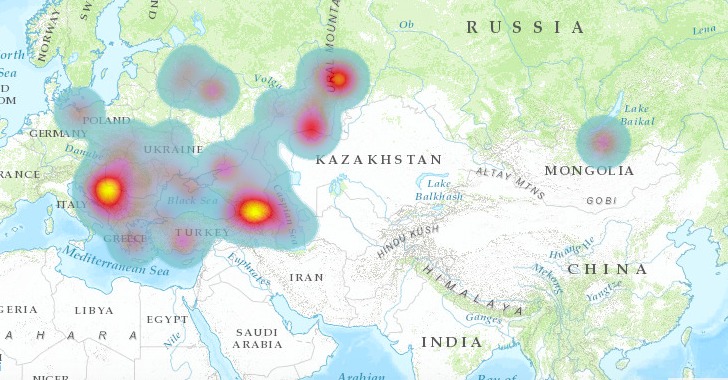 Tabulating all of the spots where English-language travelogues identified a place as being either a border or a borderland between Europe and Asia or East and West generates this heat map. While potential spots for the border were identified across a space ranging from Germany to Mongolia, they tended to be most commonly sited around a handful of spots: the Caucasus (centered around Tbliisi), the Balkans (centered around Bosnia) and the Volga/Ural region of Russia.

← Europe and Asia, according to Herodotus
What Does the East Mean? →
Where Does The East Begin?