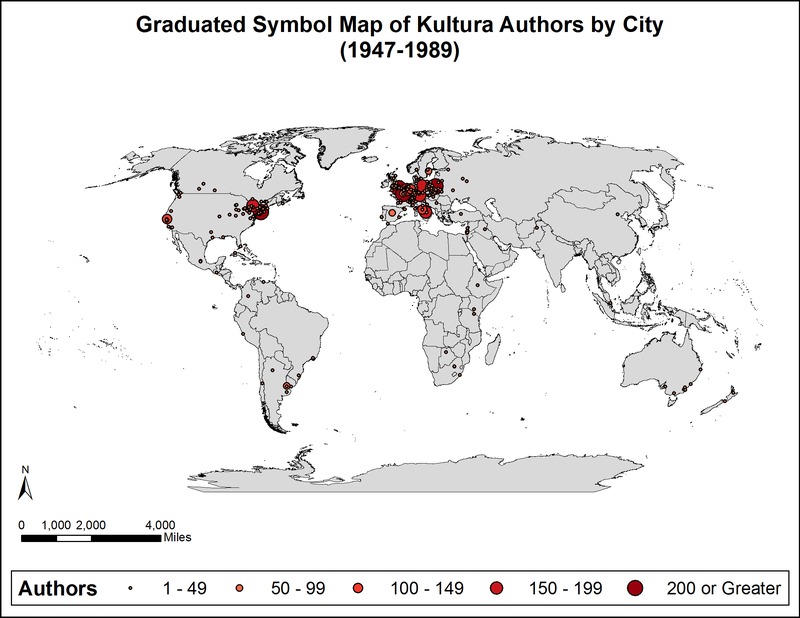 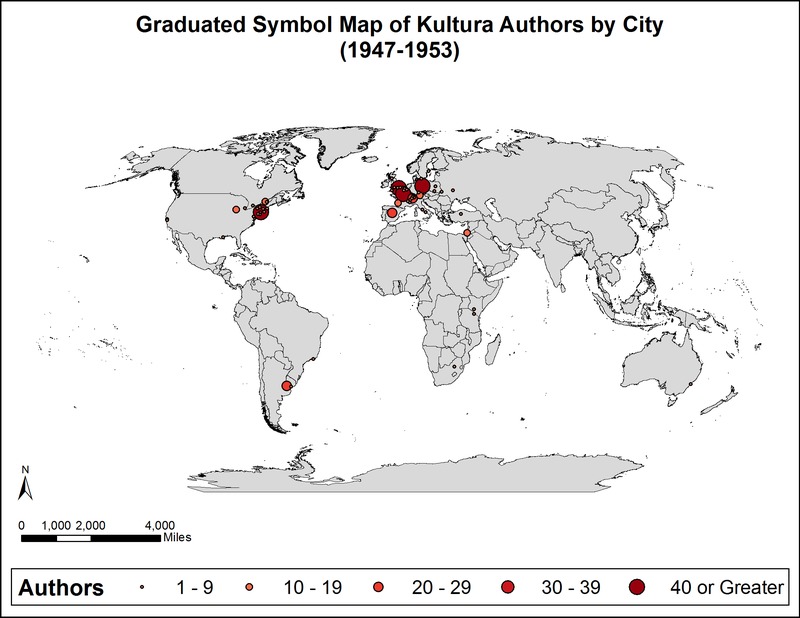 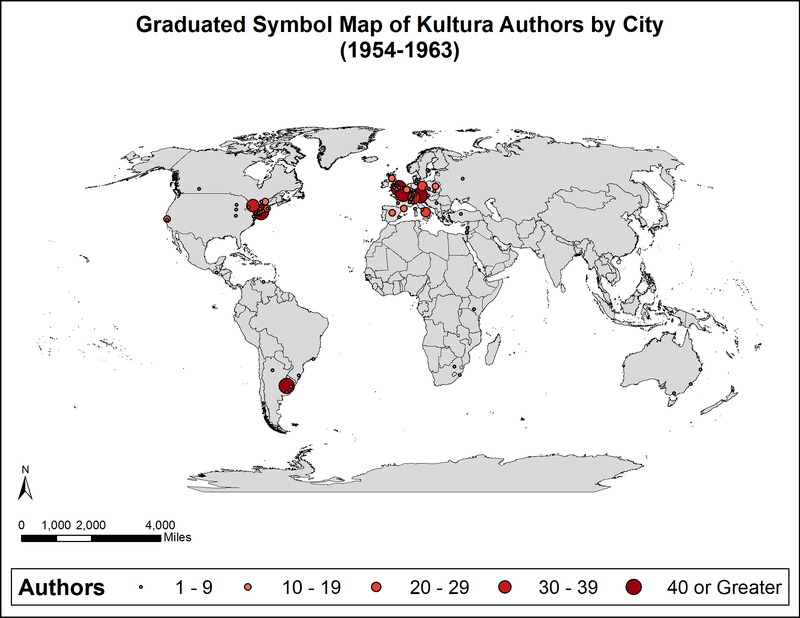 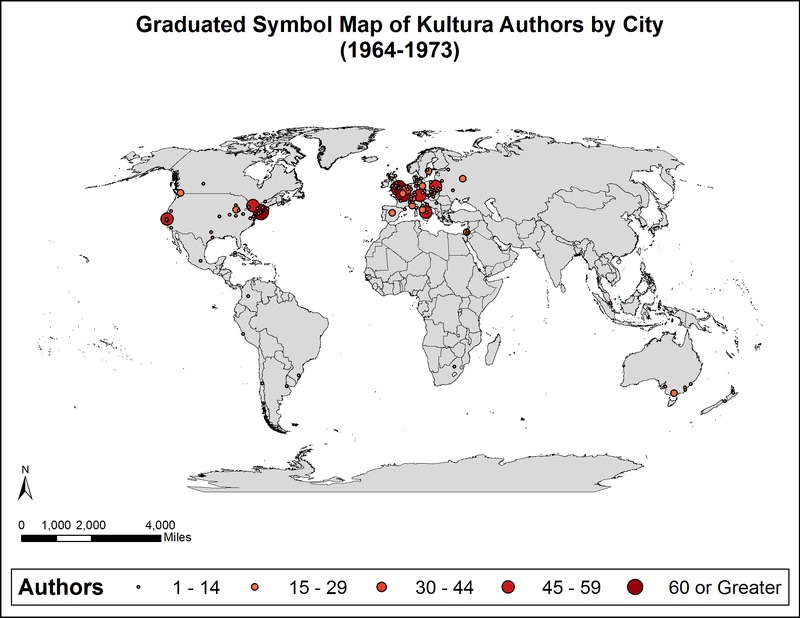 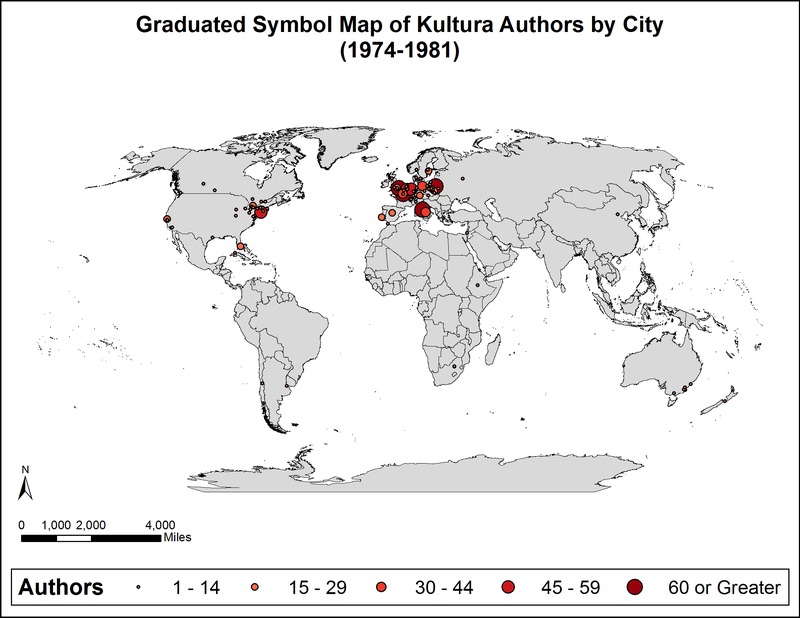 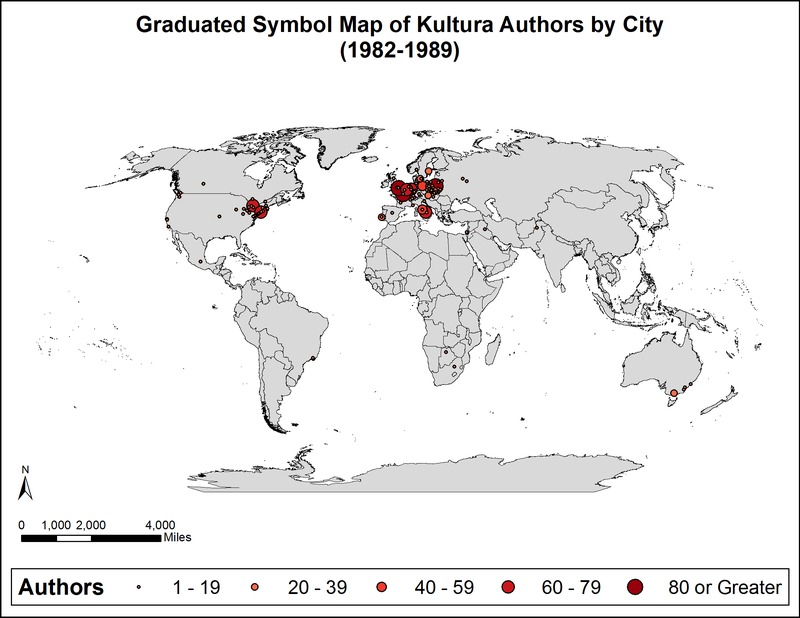 This first set of maps displays where the authors of Kultura were located at the time their texts were published in the journal. There were regular reports from cities important to the diaspora: London, Brussels, and Berlin. There are also pockets of émigrés in some places further afield, like Buenos Aires, New York, and Toronto.

Map 1 shows authors contributing to the journal during the entire period 1947-1989.

The maps that follow (Maps 2-6) show the change in authors' location over time. Unlike the other two circles of participants (Letter-Writers and Funders), authors become more condensed in Europe over time. This can be explained both biographically -- as certain prominent authors did migrate back to Europe from other continents -- and structurally. In later years, Giedroyc was interested in collecting more and more voices from Poland, to bridge the divide between those 'inside' and 'outside'. He was also more likely to recruit recent emigres, who tended to settle in Western European capitals instead of in the broader diaspora. Finally, the increase in exchange of texts with foreign radio broadcasters such as Radio Free Europe and the BBC produced a more Eurocentric picture of the Polish emigration.

This dataset took by far the most research time beyond data entry, as the émigré authors of Kultura were very mobile, especially in the years after the war, as they searched for a place to settle and build a life. Pseudonyms were also very commonly used, both by authors in Poland and in emigration: whenever possible, we included the author’s given name as well. As the database will be made public in a monitored, open-access environment, future scholars who uncover new information about author’s real names, biographies, and trajectories will be able to update and amend the database for greater and greater accuracy.