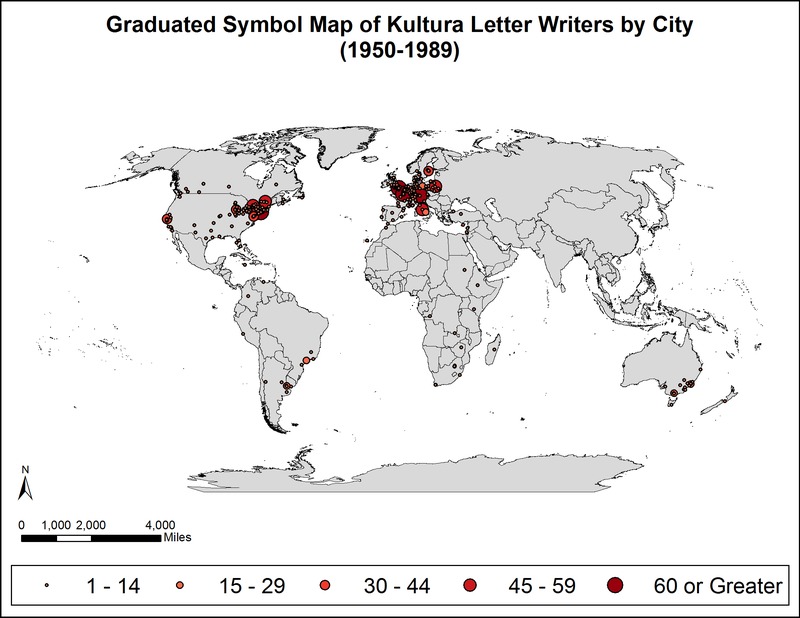 If the different constituencies of the journal can be represented as concentric circles of engagement, the next widest circle would include those who sent letters to the journal. Sometimes the letter-writers were authors themselves, commenting on another piece, or responding to a letter. Most typically, however, they illustrate which of the regular readers of Kultura felt that their voice belonged in the journal alongside of the authors.

The maps of letter-writers by city reveal a broadening of the geographic imprint of Kultura: whereas the authors become more concentrated in certain capital (and academic capital) cities, the letter writers are moving in an opposite direction over time, so that we see more dots farther away from the cities, farther across the U.S. and Australia, and more diversely spread out in Europe.

With just a glance through these different periods, it is clear that the number of letters did not change over time. Instead, the maps show the circles of readership broadening, as well as the engagement of more remote émigrés.