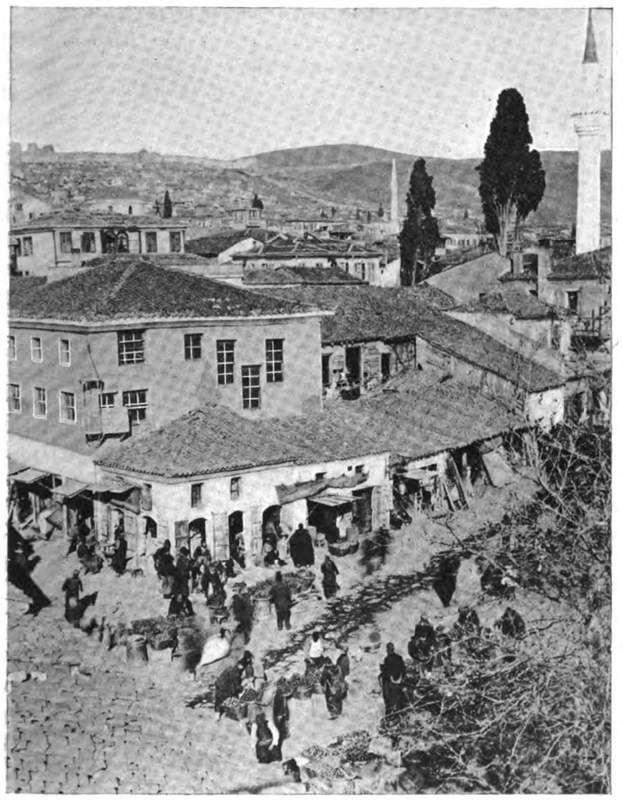 “Representatives of a score of nationalities jostle each other in the narrow streets”.

With this phrase, Lucy Garnet comments on a photograph of Egnatia street, most likely in the Jewish Quarter of the 1900, in her article “A New Jerusalem”. Published in August 1900 issue in the magazine “The Catholic World” - a monthly periodical of general literature and science - Garnet’s article provides a seductive image of the city’s ambience, a scenery of a multicultural, diverse and vibrant city:

This [Egnatia avenue] and the other main streets of Salonika, especially in the lower part of the city, present a scene of great animation, in which East and West are curiously mingled. Primitive carts from the neighboring villages, with solid wooden wheels, drawn by yokes of long-horned buffaloes and driven by wild-looking, long-haired Bulgarians in baggy breeches of brown home spun and towel bound head, are with difficulty steered clear of the tramcars which convey passengers from the western end of the city to its eastern suburb. Files of long suffering donkeys laden with building materials—tiles in panniers and heavy beams dragging behind—are hurried along by merciless Jews, who, not content with belaboring their sorry hides, goad the poor beasts most cruelly, while they harrow the ears of the passers-by with their excruciating cry of Ar r-r-r. Greek peasants in blue breeches and long-tasselled red fez, bringing in the produce of their vineyards and gardens in enormous baskets slung over the backs of mules and ponies, make way for the pasha and his suite on horseback, or the carriage of some foreign resident. Swaggering Albanians in voluminous white kilts, gorgeously embroidered jackets, and girdles bristling with pistols and yataghans; zaptiehs in green and red uniforms; itinerant venders of every kind of edible, and representatives of a score of nationalities, jostle each other in the narrow streets of the bazaars; the copper-smiths carry on their deafening trade in the little open shops of their quarter, and in the roadway in front of their shops the barbers calmly operate on the chins and heads of their customers, who, seated on rush-bottomed chairs, meditatively sip cups of coffee and smoke nargilehs while awaiting their turn at the hands of the barber.”

Lucy Garnet describes the city at the peak moment of its multicultural past. However, the emergence of multiculturalism in Salonika and its implications on the city’s urban form was an ongoing project, centuries in the making. 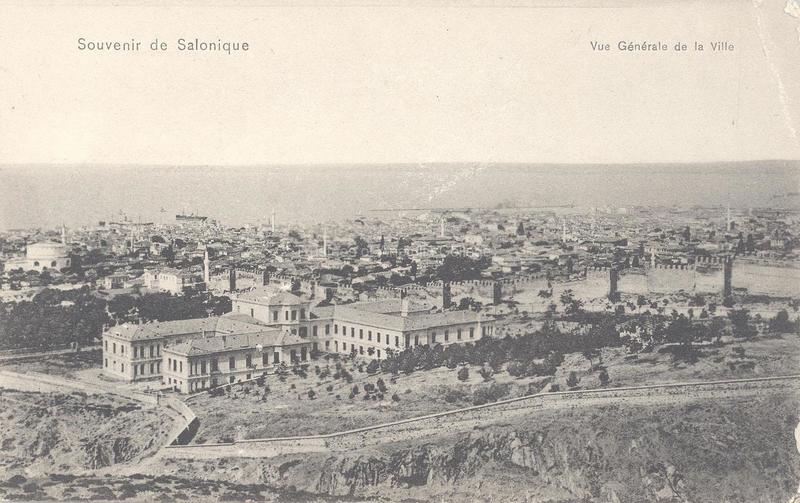 A postcard from 1914 Salonika. The minarets dominate the city's sky.

From the Grid to the Quarter →
19th century multicultural Salonica