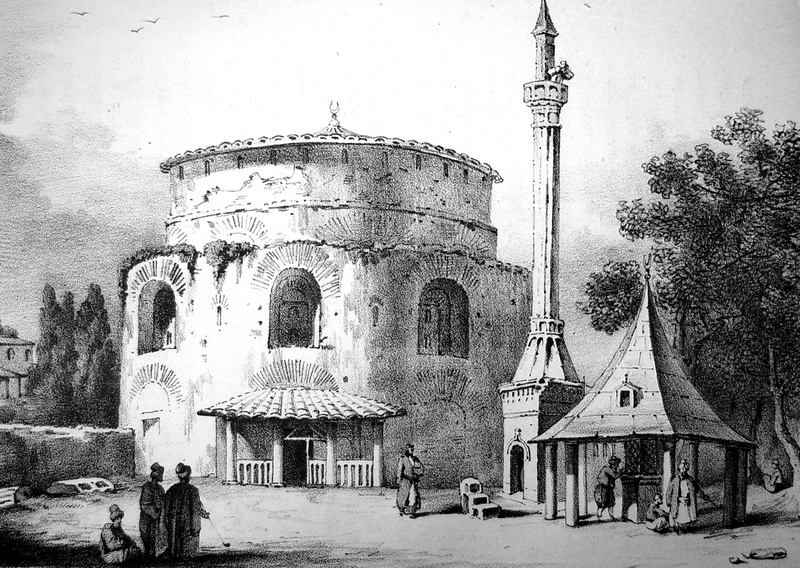 The Rotunda (christian temple named as Naos Asomaton since the 11th century) was converted into a mosque and was named Hortaci efendi Djamisi in 1590/1. The "acrhitectural conversion" happened with the addition of the crescent on the top of the temple and the minaret on its side. 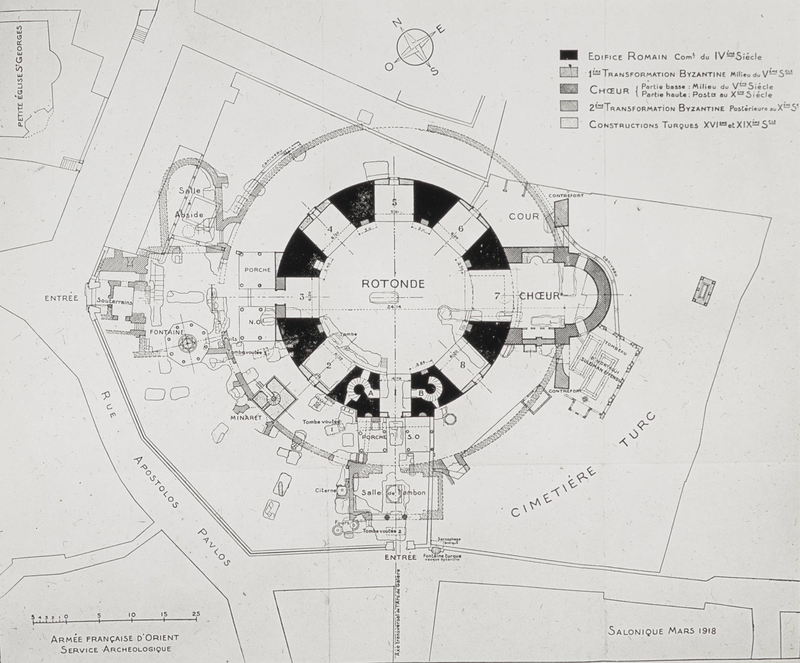 The plan of Rotunda ( the 19th century structure) reveals the cultural shifts that the city underwent.

Transformations of the Rotunda

The Rotunda is a building among the very few that managed to preserve all its additions and alterations and to survive through several fires and modernization wave of the early 20th century. The initial building of the Rotunda is a cylindrical structure built in 306 AD by the tetrarch Galerius, of the same type as the Pantheon in Rome. Its precise initial use is not known, however it was most likely intended to be a temple dedicated to a god or a mausoleum for the tetrarch. The rotunda was linked to Via Egnatia (the main street of the Hellenistic grid), through a monumental axis culminating at the Galerius Arch (Kamara). The first extension and addition to the building in 4th century, allowed for its use as a Christian church, a function that continued for 1200 years. It was then converted to a mosque when Salonika fell to the Ottomans. The minaret and the crescent were added to the structure. The building was turned again into a church after the city became part of the Greek State -the minaret’s cone and the crescent were removed, while the minaret’s structure miraculously survived the demolitions and was  included as a preserved part of the current ensamble.

← Repopulation and deportation
Verticality →
The Rotunda