From the Grid to the Quarter 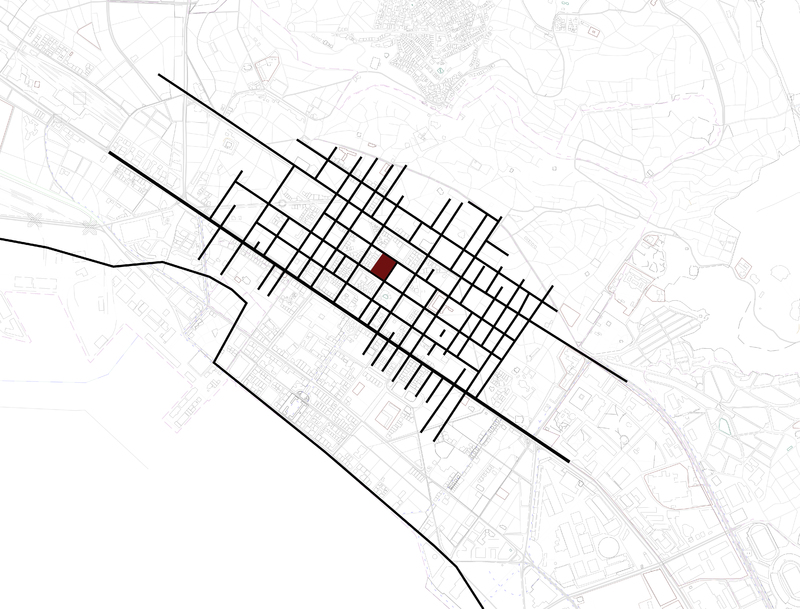 The Hellenistic grid superimposed onto the contemporary city 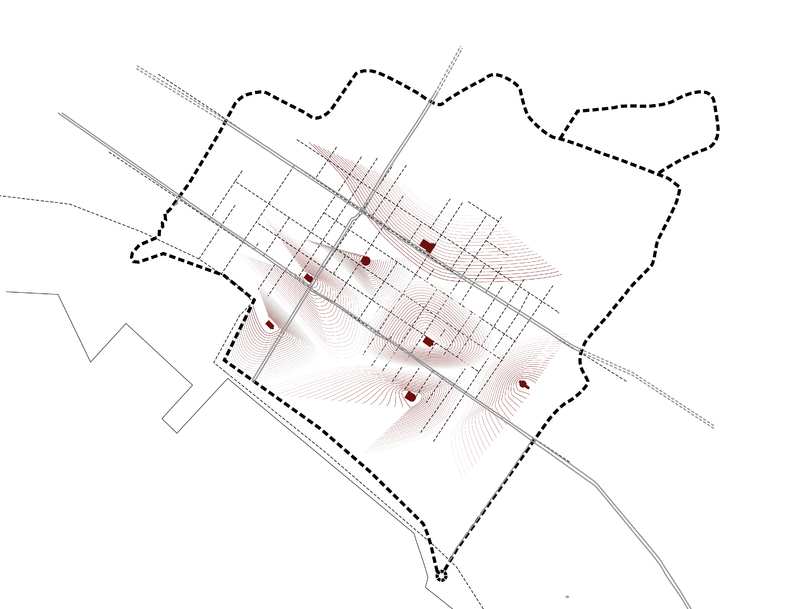 The Byzantine city: multinuclear system of parishes with the church as a center 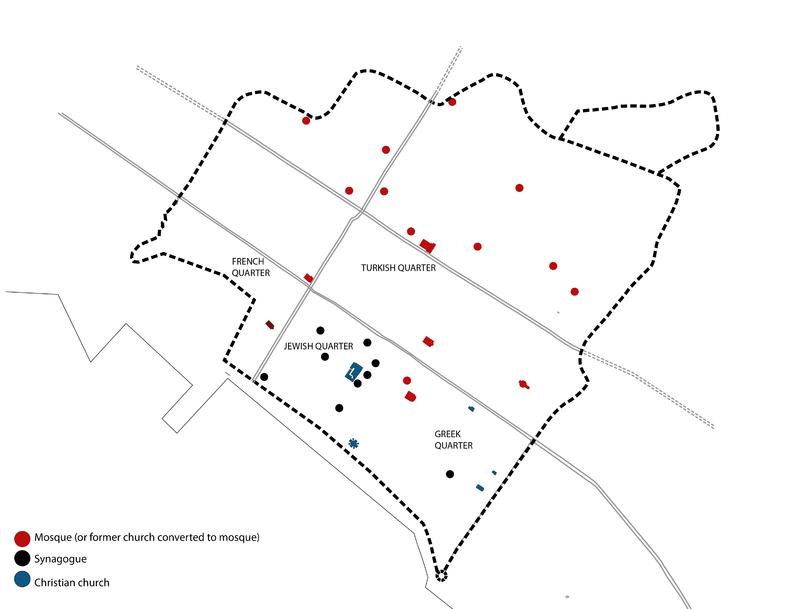 The ethnic quarters of Salonika by the end of the 20th century, with their religious buildings.

The isotropic grid of the classic polis was built on the –practical as well as conceptual- hippodamian grid, with via Egnatia as the basic structuring element. The grid reflecting the geometric and philosophic approach of the Pythagoreans, produced a -spatial- symmetry that reflected the –social- isonomia. The grid was still relevant during the roman Empire  not as a symbol of isonomia anymore, but as limitless infrastructure  that served the expansionist aspirations of the Roman Empire. The classic grid of the polis, although dislocated from its philosophical and political connotations was retrofitted to a grid-as infrastructure for the Romans.

It was rendered inadequate however as soon as Christianity was introduced as a formal religion – and administrational model- during the Byzantines years. The monocentric gridded classic city became a multinuclear and introverted urban structure constituted by urban fragments (parishes or quarters) that referred to a center, a religious symbol that was the Christian church. This transition reflects a philosophical as well as political shift in the definition of urbanity: the transition from an anthropocentric urban structure with the agora/forum as the center, to a theocentric one with the -multiple- centers being the religious edifices with administrational power as well.  “A gradual transformation of the street pattern began, possibly accelerated from the fourteenth century, which contributed to a gradual ‘orientalization’ of Thessaloniki, further accentuated with the ‘ottomanization’ of the city during the Ottoman period”[1]. The Fabric is no more dominated by the isotropy of the grid but is composed by a collection of smaller entities, formulated as a space of attraction around a local center both secular and religious at the same time.

The “Plan de Salonique” of the late 19th century describes the city’s urban structure at its most mature moment, a bit before the city transcended its walls with the arrival of the railroad. In brief, the Turkish population was located north of via Egnatia, the Jewish were occupying the south and central part of the city and the Francs and Greeks were in the S-E and S-W of the intramural city respectively. The existence of boundaries in the fabric of the city did not work as a medium of segregation but rather as a way of filtration.  The spatial entity of the confession was defined as a gravitational field towards the religious center and not as an area with a hard perimeter. The quarter was not organized primarily to exclude the outside but to constitute a point of reference in the interior. The ethnic boundaries coincided with main streets and performed as membranes that accommodated interaction rather than impeding it.