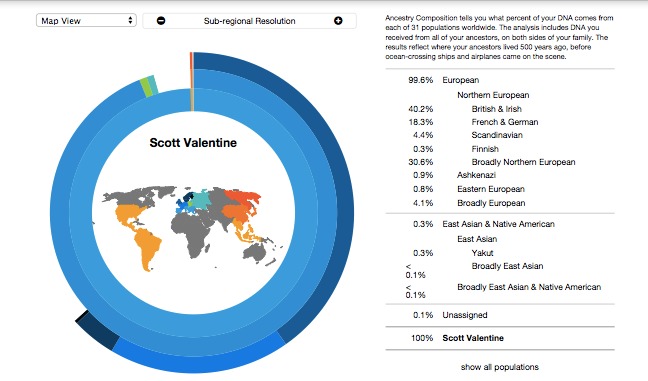 Figure 1: Scott & I unrelated, but ‘grey areas’ reveal that there may be some overlap

Genome mapping reveals the tensions between ‘origins’ and ‘homelands’. Our genetic ‘origins’ are probabilistic, not deterministic, because they show our ancestors’ mobility across space, not that they were born into a ‘homeland’ within a particular set of state borders. When one sends in his/her saliva sample, the genome map will reveal not ‘where you are from’ but rather where people with similar genes were grouped 500 years ago before intercontinental travel (as seen in Map 1). As the sample pool increases, one’s ‘origins’ shift. For example, Scott’s original genome map showed that he was mostly Eastern European; today, he is mostly Northern European! When I sent in a request to access my ‘previous identities’, a 23andMe representative responded that they did not provide such information because ‘your results are a living analysis’. Whereas one’s homeland is a socially-constructed relationship to a space, genetic mapping constantly shifts one’s origins across the geopolitical map. Genome mapping ‘unmaps’ our very association with a homeland.

Yet, the concept of ‘homeland’ is a more powerful way to relate to a given space because it is bundled with culturally sanction claims (and emotions) to a given territory. Genetic origins, on the other hand, can feel empty, anachronistic, disconnected. I am not going to take over Italy because I am 2.4% Neanderthal, but I wouldn’t be so happy if the Italian government expropriated my farm on which my family had lived for generations. Homeland gives us a distorted but satisfying sense that we are connected to a static, primordial lineage, that ‘people who share my values and language have always been there’. Genomic mapping, on the other hand, tells us that we are all related in different ways. Homelands emphasize the need for borders against the encroachment of the ‘Other’; genetic origins show that you and the ‘Other’ are 4th cousins. We already know that the idea of homelands can be distorted for political purposes, but whether origins research will be distorted to remap new state or national borders is still an unknown.

Current geopolitical maps obfuscate the complexity of genetic origins. Genome results show that in an x sample pool, one shares a similar genetic composition with a group of people who happened to be clustered in this geographic area 500 years ago. How they map this geographic area, however, is peculiar. Why are Native Americans spanning several continents depicted as a single population? Why are Ashkenazi and Eastern Europeans two different categories when Jewish populations in other parts of Europe at the time are not recognized on the map? The geopolitical map that is intended to show how we are atomized we are may be a limiting tool for mapping our common origins. Some populations appear much larger, while others are invisible.

Ironically, while genomic mapping reveals the tensions between homelands and origins, it also demonstrates their common traits. Both homelands and origins speak to our desires—at least those who submit their saliva samples—to be part of some human collective identity. In both cases, the distorted geopolitical map helps us visualise this mystical dimension of our lives. For example, Map 2 displays my genetic relatives all of whom I have never met, all across the globe. These relatives are not defined by kinship and my encounters with them, but determined by 23andMe’s relational databases that tell us that we shared a common ancestor. This recalibration of my mental map of my relatives feels quite odd. If we ever met, would we eventually act like family? 23andMe can also tell you whether or not you and another person could be relatives—if not now, then in the future. Figure 1 shows that Scott and I are not related, but there are grey overlaps in our chromosomes where there is still ‘not enough information’. It feels weird to find out that you are incorporated into relational networks of which you may not be yet aware, but it is also quite amazing. But it is also this very sense of wonder and magic of being part of something greater than ourselves, I think, that leads us to politicize and racialize such results, and could potentially lead us toward a dangerous path. And this is where homelands and origins are more similar than different.